On 27th of February 2020 the Official Journal of the European Union published the EU Council Directive n. 2020/262 of 19th of December 2019 that reforms the harmonized excise system. The new directive represents a recollection of the many modifications made to the previous excise directive (n. 2008/118) over the years, but it also introduces important news on the taxation of excise products (fuels, electricity, alcoholic beverages, tobacco). One of the main aims is to counter fraud episodes that lead to billions of losses per year for the national budgets, despite the telematics monitoring systems on the movements of excise products that has permitted a more intense control by the Customs Agencies so far. Also the Italian legislator as intervened many times on the matter, lately with the decree related to the budget act. There are remarkable intents to realize an alignment of the excise matter with the European customs law and it is clear the intent to overcome the old casuistic approach which used to identify the specific taxable cases, in order to discourage the continuous need of intervention of the ECJ to find the basic principle underlying the regulation.

The new directive entered into force the 21st of March 2020, while some of the main news will apply from the 13st of February 2023. It shall apply to all harmonized segments of excise duties but it doesn’t identify any specific circumstances that give rise to penalties in order to respect the States sovereignty on sanctioning system. Neverthless, the fundamental principal of proportionality of the sanctions has been codified (art. 6, par. 1, lett. d), constantly ruled by the ECJ (e.g. see Equoland, 17th of July 2014, C-272/13).

The art. 6 of the directive gives the notion of “taxable event” for the first time by identifying two categories of tax prerequisites. Specifically, the product are subject to excise duty: in the moment of their manufacturing, which includes their mining within the Union territory, if applicable; in case of import or irregular introduction into the territory of the Union. Every interpreter/national law-maker shall coordinate such provisions with the hypothesis of excise duty suspension, according to art. 20 and the following of the same directive.

The directive introduces a new hypothesis of joint and several responsibility between the subject that holds the goods and the one that proceeded to store them (art. 7, par. 1, let. b). Art. 3 establishes for the first time the notion of “irregular entry”, meaning the introduction into the territory of the Union of goods not placed under release for free circulation in accordance with art. 201 of the UCC and for which a customs dept was incurred (or should have incurred in case the product were subject to import duties) under the provision of art. 79, par. 1, of the same Code.

Art. 9, instead, provides that in case of irregularity during the movements of goods under a duty suspension arrangement, the excise is due in the State in which the fault is displayed. Moreover, in case the items under duty suspension are not delivered, the competent authority shall be the one of the dispatching State. In order to rebut the presumption laid down by this last provision it is needed to prove that the operator of the dispatching State has strictly followed the law. In such case, the fault is deemed to happen in the place in which it is assumed to be occurred, according to the principle that the State where the dispatch started shall have jurisdiction, if it’s not possible to verify the place where the irregularity actually occurred (in particular, see ECJ, 3rd of April 2009, C-230/06 and Italian Supreme Court, n. 30901/2019).

Amongst the new provisions, the art. 6 state that it is needed to demonstrate the failure of release for consumption of an excise good in case of total destruction or irretrievable loss. Differently from the previous directive, this duty is also extended to partial loss or physical destruction of the goods. 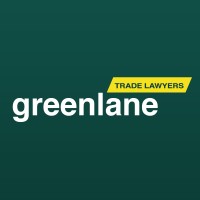 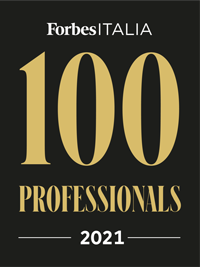